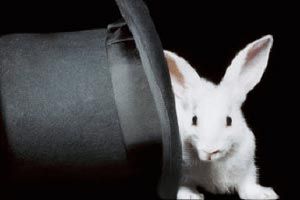 Within 24 hours, the report had disappeared!

Where had it gone?

After several confusing hours, an email apology for the report's “inadequate” vetting began to circulate online.

What had happened? What did the report say and why had it disappeared? And why does one (inadequately vetted?) report matter?

The document that appeared and then disappeared from a U.S. Congressman's website (the link I am providing is to a version of that report that was archived before it was taken down) was remarkable in that - from a right wing perspective - it mirrored the recommendations being made from advocates for copyright reform who see themselves as liberals or even further on the left.

A report that ardent Republicans and Democrats could agree on?

Why had a report that might serve as the basis for a new coalition of conservatives and leftists been retracted?

And what was so dangerous about the ideas that were being put forward that the website was summarily scrubbed clean?

The original RSC report was entitled “Three Myths about Copyright Law and Where to Start to Fix It.”

That report identified three fundamental "myths" about copyright law (1. "The purpose of copyright is to compensate the creator of the content," 2. "Copyright is free market capitalism at work" and 3. "The current copyright legal regime leads to the greatest innovation and productivity") - and then went on to suggest a number of common-sense reforms.

Surprisingly, the RSC recommendations were ideas that the many left-leaning advocates for copyright law reform might have agreed to.

The disappearing Republican copyright report correctly observed that the original intent of the Copyright Act (as laid out in Article 1 Section 8 of the Constitution) was "to promote the progress of science and the useful arts."

As many left-leaning opponents of the MPAA and the RIAA have observed, the Republican copyright report states that “most legislative discussions on this topic, particularly during the extension of the copyright term, are not premised upon what is in the public good or what will promote the most productivity and innovation, but rather what the content creators “deserve” or are “entitled to” by virtue of their creation.”

In other words, the conservative Republican report identified a fundamental problem (a problem many left-leaning advocates for copyright reform have also identified) with the rationale for copyright extensions that have dominated the debate in Congress whenever discussion about the length of the monopoly granted by copyright comes up: “[B]ecause of the constitutional basis of copyright and patent, legislative discussions on copyright/patent reform should be based upon what promotes the maximum “progress of sciences and useful arts” instead of “deserving” financial compensation."

The report also suggested potential reform of Statutory Damages. “Copyright awards were meant to make the copyright holder whole – they were not supposed to be punitive. Reforming this process is an important element of federal tort reform, which unlike other forms of tort reform is clearly within the federal prerogative.”

The RSC report also suggested expansion and clarification of Fair Use: “Right now, it’s somewhat arbitrary as to what is legally fair use based upon judicially created categories.”

These reforms all seem rational and worthy of discussion, but the report disappeared almost as soon as the online copyright community began discussing it.

"We at the RSC take pride in providing informative analysis of major policy issues and pending legislation that accounts for the range of perspectives held by RSC Members and within the conservative community. Yesterday you received a Policy Brief on copyright law that was published without adequate review within the RSC and failed to meet that standard. Copyright reform would have far-reaching impacts, so it is incredibly important that it be approached with all facts and viewpoints in hand. As the RSC’s Executive Director, I apologize and take full responsibility for this oversight. Enjoy the rest of your weekend and a meaningful Thanksgiving holiday."

This explanation left many advocates for copyright reform scratching their heads. Some saw the hand of the MPAA and RIAA lobbyists in the rapid disappearance of this provocative report. For example Gregory Ferenstein wrote in TechCrunch, "it’s not unreasonable to believe that entertainment lobbies would have gone ballistic at an official report that laid out everything critics had been saying for years. On the other hand, there’s little incentive for an inclusive Republican caucus to say anything that bold; so, it’s equally reasonable that the organization’s director realized the unintentional impact on their entertainment allies once critics started hailing the report as a progressive milestone."

Whether it was improperly vetted or squelched by lobbyists (i.e., political operatives who represent the interests of the Old World content industries), it seems that copyright reform is an area where 1) certain types of reform could be backed by an unusual alliance of right and left - but 2) any radical changes to the existing copyright scheme will be opposed by powerful interests.