Why the Major Studios Are Sweating Despite Big Hits: Box Office Soars in 2012, But the Cost of Flops Also Rises 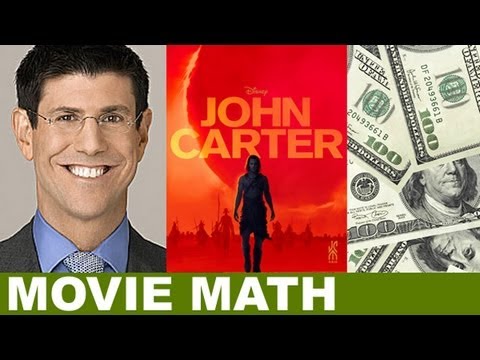 One of the trends that might be contributing to the changing risk/reward equations in Hollywood executive suites (a string of big misses might cripple a studio - or end a career, that's deposed Disney chief Rich Ross pictured above) could be social media: According to Steven Zeitchik and Amy Kaufman writing in the LA Times, "Twitter and Facebook can turn a mid-level hit into a major blockbuster — and a modest bomb into a neutron explosion."

The huge bets that studios have made on effects-laden films that haven't performed in 2012 have already cost a few executives their jobs: The failure of John Carter was clearly a big part of what ended Rich Ross's run at Disney. But Disney wasn't the only studio stocking up on red ink: "In the first half of 2012, four big-budget studio releases — Universal's "Battleship, "Disney's "John Carter" and Warner Bros.'"Rock of Ages" and "Dark Shadows" — all made about half of their production budget or less at the domestic box office."

The magnitude of flops is simply getting bigger as the studio's increasingly look for event films. Producer Neal Moritz points to the risks inherent in the studios' big budget bets: "With big swings sometimes come big misses," he said. "The middle has been cut out."

And the audience isn't as likely to attend a film that isn't a hit: "We're seeing big movies getting bigger at the same time that we're seeing a lot more flops," said Bruce Nash, who founded the box office statistics site The Numbers. "It's like a knife's edge, where moviegoers are either on one side or the other."