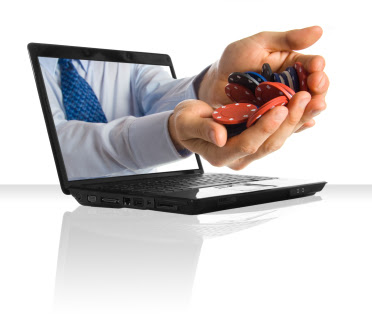 In a provocative Aug. 8th, 2011 blogpost, Ian Bogost argues that the term "gamification" (as it is being used by marketing types to suggest how the power of games can be exploited online by contemporary business) is "bullshit... invented by consultants as a means to capture the wild, coveted beast that is videogames and to domesticate it for use in the grey, hopeless wasteland of big business, where bullshit already reigns anyway."

Ordinarily, I'd avoid using the term "bullshit" in a post (especially over and over again, and in the title), but I didn't start this - Ian Bogost did - and he's a respected professor at Georgia Tech, a Founding Partner at Persuasive Games (a videogame studio), and a Board Member at Open Texture (an educational publisher).

Bogost knows that games offer something different and greater than an affirmation of existing corporate practices. He loves games. So Bogost is prepared to call "bullshit" everytime a marketer uses the term "gamification" in a way that obscures what really makes games compelling. For example, Bogost is ready to attack whenever a businessperson mistakes "incidental properties like points and levels for primary features like interactions with behavioral complexity."

I have written elsewhere on this blog about how techniques used in games can help increase engagement and community on film websites - but I'll admit that Bogost has a point: There's an important distinction between real engagement (like that experienced when playing a great game) and a few tricks of marketing flimflam: "The rhetorical power of the word "gamification" is enormous, and it does precisely what the bullshitters want: it takes games — a mysterious, magical, powerful medium that has captured the attention of millions of people — and it makes them accessible in the context of contemporary business."
Posted by Randy Finch on Tuesday, August 09, 2011