If There Was No Commercial Distribution, Would You Still Make Your Film? 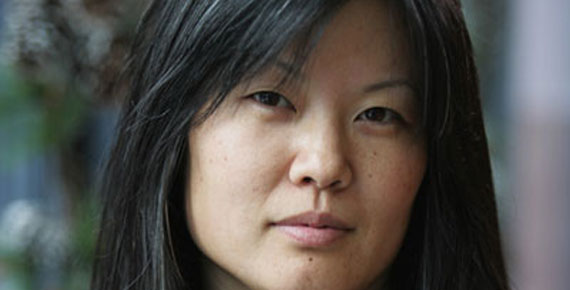 In a provocative Aug. 17th, 2011 guest post on Ted Hope's blog, Karin Chien writes about the microbudget films being shot in China today - explaining the differences between the best of those films and the most prominent indie films being made in the US: "Because we still believe in a one-in-a-Blair-Witch chance, most American indie films willingly play the Hollywood system. The carrot of theatrical distribution and financing motivates even micro-budget films to favor rising stars when casting, adjust scripts for wider audience appeal/product placement/cameos, or tell stories in genres that American and international audiences watch in droves. (As a producer, I’m fully guilty.) In short, commercial considerations influence nearly every aspect of American independent filmmaking, even at the $25,000 budget level. There are those who escape these burdens and make uncompromising films, but they are the exceptions."

According to Karin Chien, this fundamental difference - "in China poets, painters, and journalists are turning to digital video as an aesthetic, social, political, or personal tool" without the fantasy of a Hollywood career - accounts for the current flowering of the Chinese microbudget film culture. Ms. Chien says that China is currently producing a higher percentage of groundbreaking films because the new tools for microbudget filmmaking are being distributed to "filmmakers" who can "rewrite the rules of cinema because they weren’t taught those rules in the first place."

I don't know enough about Chinese microbudget filmmaking or their system of film education to offer an opinion about what's happening there, but the questions that Ms. Chien raises about US microbudget filmmaking and what tomorrow's filmmakers need to know, crystallizes a dilemma currently facing American film educators. As the digital revolution takes hold, it can appear to our students - the filmmakers of the 21st century - that they must make a fundamental and potentially life-course-altering choice: Before they set out on their careers, must they choose between the Old World of film production and distribution (represented by Hollywood and the industrial model) or the New World of microbudget production and new modes of storytelling and distribution?

What should film educators tell our students about these two paths?

What should we be teaching?

Are the tools for one path actually inhibiting exploration of the other?

As Karin Chien writes: "[I]f there was absolutely no chance your film would receive commercial distribution in the US, would you still make your film? What would it look like, and would you cast/write/shoot/edit differently? And if that freed you to take creative risks, would that be irresponsible filmmaking or would it be truly free filmmaking?"

These questions can lead to heated arguments. I was in the middle of a couple at the recent UFVA conference in Boston.

Without indulging in defensiveness (from old guard film educators, who dismiss all online filmmaking as a platform for "amateurs and hobbyists") or fanciful wish-fulfillment (from educators who love their theories but don't know the first thing about connecting with an online audience) is there a way to teach young filmmakers about both worlds?

The dialogue will continue, as evidenced by the response to Ms. Chien in an Aug. 17th post by Kim Voynar.

According to Ms. Voynar: "[F]ilm is as much about what the audience brings to viewing it, and how the storytelling connects and resonates with every single person who sees it, as it is about the story the filmmaker thought he or she was telling. What connects with me may not be what connects with you, and what connects with either of us may bear very little resemblance to what the filmmaker thought we’d feel when we watched his or her creation. But for me, the best films are the ones that challenge me and engage me, that do more than just aspire to entertain. I like stories that are philosophical, or insightful about human nature in some way, because that’s what interests me personally, as both an audience member and a storyteller. And I respect much more those films in which you can clearly see the director’s vision; films that have that reach are much more inclined to make me ponder them long after the closing credits have rolled."

Ms. Voynar's taste for meaning and vision can be satisfied in both Old World and New World films. (Even if Hollywood seems to have dropped the ball lately, only a fool would suggest that meaningful films can't be made in the industrial model.) And film educators have a number of great tools for teaching students about meaning. For example, seventy years on, the Lajos Egri book, The Art of Dramatic Writing, continues to offer powerful techniques and exercises for Old and New World filmmakers who want to organize their films around big ideas and interesting characters.

Clearly there are tools that apply to both Old World and New World filmmaking.

But non-linear online storytelling presents a huge challenge to the models taught from texts by Robert McKee and Syd Field.

Responsible film educators need to ask themselves: What tools are really useful for New World filmmakers? Are we teaching techniques and rules that actually stand in the way of New World creativity?
Posted by Randy Finch on Sunday, August 21, 2011