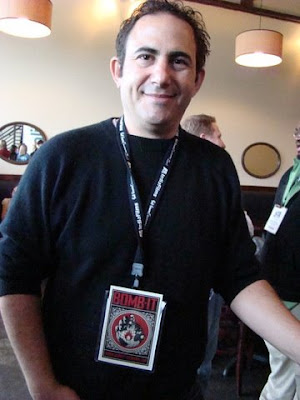 Two and a half years after the world premiere of his feature documentary, Bomb It (2007), at the Tribeca Film Festival, Jon Reiss is sharing what he has learned about distribution today.

Jon Reiss is a filmmaker who has produced and directed three feature films, Better Living Through Circuitry (1999), Cleopatra’s Second Husband (1998) and most recently Bomb It (2007), a documentary about graffiti culture.

In addition to making films and writing about distribution, Jon has taught directing and production - including a stint at California Institute for the Arts where he created the class “Reel World Survival Skills: Everything I Wish I Had Been Taught in Film School.”
Posted by Randy Finch on Monday, December 07, 2009